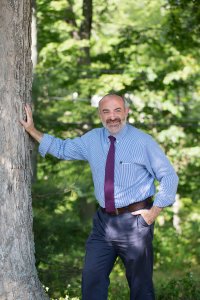 A resident of the Long Island hamlet of West Hempstead, Shalom Lamm has been a leader in numbers of real estate markets for decades. With operational outreach that extends to five different states, he has spearheaded projects to build thousands of homes and acquire and improve approximately 9,800 apartment units. Shalom Lamm’s work in the real estate sector has encompassed all aspects of tactical planning and business growth. Outside of the real estate industry, Shalom Lamm is an established military historian who holds a master of arts with honors from the American Military University in Manassas, Virginia. He has also lectured multiple times on subjects related to military history and the ethics of warfare. In 2016, Mr. Lamm served as the scholar in residence at the National Convention of US Armed Forces Jewish Chaplains. He has also appeared on-screen as a historian for two different Jews & The Civil War presentations, one of which PBS broadcasted on several occasions.